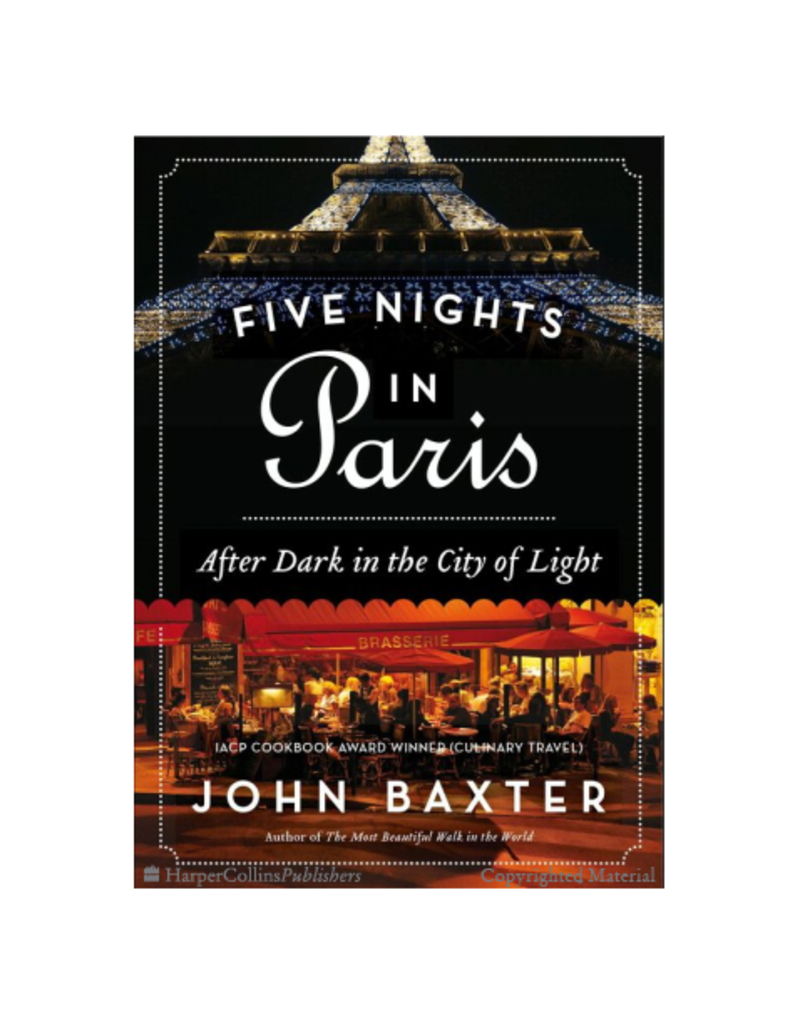 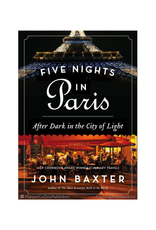 The preeminent expat writer on Paris and author of The Most Beautiful Walk in the World takes you on an unforgettable nocturnal stroll through five iconic Parisian neighborhoods and his own memories.

John Baxter enchanted readers with his literary tour of Paris in The Most Beautiful Walk in the World. Now, this expat who has lived in the City of Light for more than twenty years introduces you to the city‚Äôs streets after dark, revealing hidden treasures and unexpected delights.

As he takes you through five of the city‚Äôs greatest neighborhoods‚ÄîMontmartre, Montparnasse, the Marais, and more‚ÄîBaxter shares pithy anecdotes about his life in France, as well as fascinating knowledge he has gleaned from leading literary tours of the city by dark. With Baxter as your guide, you will discover the City of Light as never before, walking in the ghostly footsteps of Marcel Proust, the quintessential night owl for whom memory was more vivid than reality; Hungarian photographer Gyula Hal√°sz, known as Brassai, who prowled the midnight streets, camera in hand, with his friend Henry Miller; Louis Aragon and Philippe Soupault, who shared the Surrealists‚Äô taste for the city‚Äôs shadowed, secret world; and Josephine Baker and other African-American performers who dazzled adventurous Parisians at late-night jazz clubs.

A feast for the mind and the senses, Five Nights in Paris takes you through the haunts of Paris‚Äôs most storied artists and writers to the scenes of its most infamous crimes in a lively off-the-beaten-path tour not found in any guidebook.

Add to wishlist / Add to comparison / Print
By using our website, you agree to the use of cookies. These cookies help us understand how customers arrive at and use our site and help us make improvements. Hide this message More on cookies »