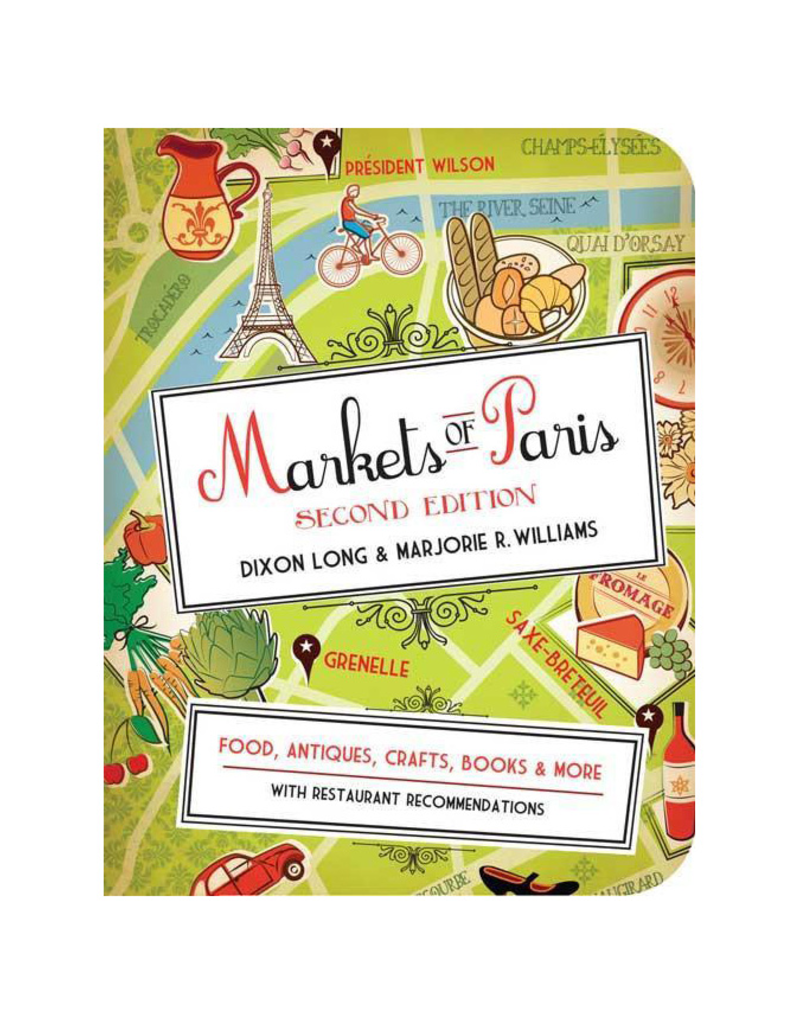 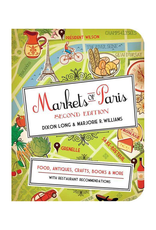 The food scene in Paris has changed dramatically since 2006, when Markets of Paris was first published. Yes, the same markets are held in the same locales as always‚Äîliterally, for centuries‚Äîbut many have undergone a remarkable transformation led by a young generation of purveyors focused, even more than their predecessors, on local and organic (‚Äúbio‚Äù) produce. Markets of Paris, 2nd Edition revisits and updates the entire market scene in Paris, with 12 new entries and 10 new sidebars, including Virtual Markets and Market Streets, Markets Open on Sunday, Artisan Bakers, Getting Along in the Food Markets, Brocante Fairs, and more. One of them, Cooking in Paris, gives information about lessons and workshops offered in home kitchens, bakeries, restaurants, and even wine stores.

Updates focus on the most interesting vendors and most unique and enticing offerings to be found at each locale, including prepared food that can be eaten on the spot. In keeping with growing interest in knowing where food comes from, the authors include profiles and photos of farmers and other artisanal suppliers behind the best food stalls.

One of the biggest changes in the Paris market scene in recent years has been the spike of interest in organic, reflected in the popularity of the Raspail organic market. At one time a fringe offshoot of the regular Raspail market, this Sunday market has fully come into its own. It attracts a large and loyal clientele; of three organic markets in the city, it‚Äôs certainly the largest and most widely known. Often it‚Äôs referred to as ‚ÄúLe March√© Bio,‚Äù and many claim it‚Äôs the cr√®me de la cr√®me of all Paris‚Äôs markets.

Restaurant listings have been updated, too, with 15 new additions that have been chosen because of their new-generation chefs‚Äô approach to fresh ingredients or their proximity to featured markets. A new section titled If You Have Limited Time directs the visitor to the most interesting markets near his or her accommodations. Another section, Practical Suggestions, addresses common questions such where to get local currency, which map of Paris is the best and most convenient, and business hours for different kinds of shops, stalls, and restaurants. Finally, the book has been reorganized by arrondissement to be more user friendly, and it has a brand-new look with all new photos and a refreshed, modernized design.

Books
Add your review
0 stars based on 0 reviews
Add to wishlist / Add to comparison / Print
By using our website, you agree to the use of cookies. These cookies help us understand how customers arrive at and use our site and help us make improvements. Hide this message More on cookies »